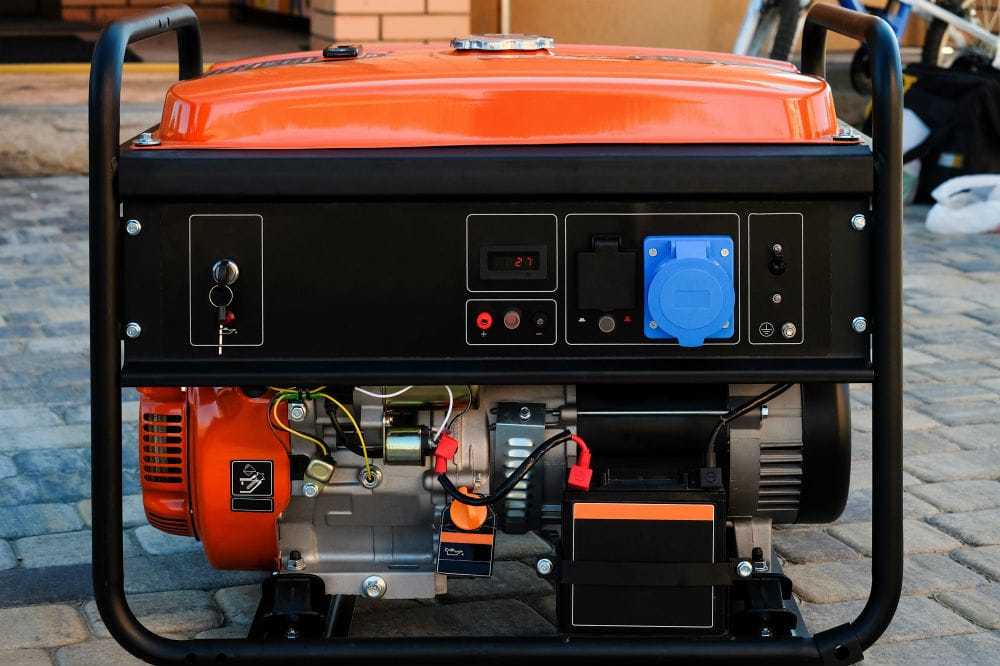 Car and RV batteries are great for charging appliances as we travel across the country. But what happens if we want to stay in one place for a while or we need to take more powerful and heavier appliances with us? Rather than draining our vehicle batteries and stranding ourselves in the middle of nowhere, portable generators provide the greatest convenience.

Portable generators allow us to charge many appliances without sucking the energy directly from our vehicle’s battery. They also pair well with solar energy sources, which serve as a supplementary source of power. That being said, there are occasions when we head out on the road and need to take more electrical essentials with us than during an average camping trip, and more often than not, a single generator can’t provide the energy we need.

Hence, not only will we answer the question “Can you parallel two different generators?” but we’ll also take a look at how you would go about doing this, as well as the things you need to consider beforehand.

More often than not, when it comes to running parallel generators, you’ll find that they are often connected to generators of the same size and brand to decrease the likelihood of any compatibility issues during operation. This doesn’t explicitly mean that you can’t connect two dissimilar generators; in fact, doing so is very common.

A general rule followed when looking to connect two generators is that any number of generators can be connected as long as both the voltage and frequency at the point of connection are at the same level. This rule does have some limitations and should be taken with a pinch of salt, which is, when looking to connect two different generators, you should check to make sure they have compatible engines, alternators, load sharing control systems, and interfaces.

When you first consider running generators in parallel, the aspect that most of us refer to is the engine capacity which is depicted in kilowatts (kW). It’s advised to run generators with the same kW or as similar as possible in order to prevent a potential system overload. For example, two 500kW generators will handle a priority load of up to 500kW, while a system comprised of a 750kW and a 250kW generator will only be able to handle up to 250kW despite having the same maximum capacity.

Alternators are compatible as long as they can function without damaging or disrupting currents flowing between them. While not all neutral currents are detrimental, they can disturb relay operation.

This mismatch in frequencies will cause the generator with the lower frequency to pick that up as a load on the other generator. This is commonly known as motoring, which can lead to an overload in both the generator and distribution system.

Once two generators are connected to the same bus, both the voltage and the frequency of the outputs are made to be the same. This setup no longer allows the control system to simply monitor the bus voltage or speed in order to balance output levels. An unbalanced output will result in the reactive load being shared unevenly across both generators.

Generators need to be able to interact with each other through clear communication of event-handling scenarios such as determining which generator is close to the bus during the first time you start it, relaying of information to displays and allowing for master control and interaction with an external monitoring system.

Why Not Buy a Larger Generator?

When faced with the initial complexity of running generators in parallel, it is often asked: “Why not run a single, larger generator?” Below you’ll find just a few of the benefits of running a multi-generator system over a larger single unit.

Running generators in parallel would offer a far superior level of reliability to single units. If this one unit were to experience any technical malfunctions, its users would be left without any power at all.

On the other hand, if a generator in a series of generators were to fail, it would merely lessen the maximum output, so users would still be left with some form of an electrical capability. This saves users a considerable amount of effort when it comes to organizing replacement power sources. When generators fail in a series, the controllers in the other generators detect the increase of load and spread this excess over the remaining generators.

Parallel generators offer a fantastic range of flexibility, allowing users to both remove unnecessary generators as well as increasing their current capabilities with additional generators. Larger generators are costlier to produce, making them more difficult to acquire. Thus, it is easier and quicker to acquire these extra units.

When linking multiple units together, an allowance for redundancy is often included. This allows generators to be removed from the circuit without a loss of power, and these generators can then be serviced and reintroduced into the system.

Cost of generation increases alongside the size of the generators and this cost rises exponentially on generators with ratings over 600kW. This is due to the market for smaller engines being so large that there is a larger pool of production resulting in greater investment in technologies, which in turn leads to reduced operating costs and a lower cost to the consumer. This makes running many generators in parallel not only more efficiently but also more economically.

The answer to the question “Can you parallel two different generators?” is “Absolutely!” Many generators can be run in parallel whether they’re exactly the same brand and size or not.

When looking to pair two different generators, it’s important to consider your maximum requirements and plan a certain level of redundancy into your system. You’ll also want to ensure that the generators are as similar as possible to deliver the most efficient and effective output.

While using similar generators is often preferred, it isn’t essential. Also, you’ll experience zero technical problems as long as the generators in question are designed to run in such a manner.

How To Ground A Generator When Camping