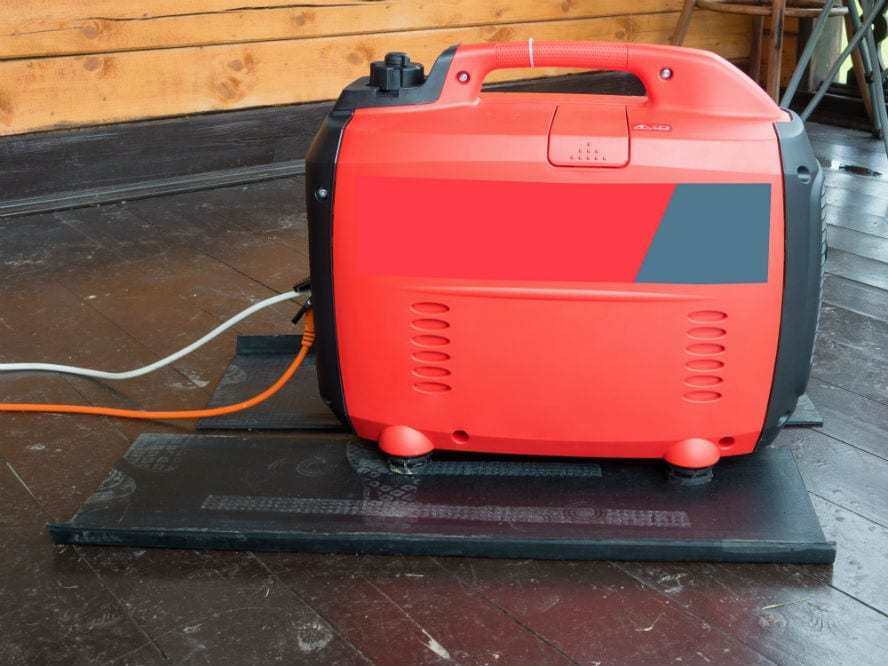 If you are a keen camper, the proud owner of an RV or one of the many people who enjoy sociable weekend tailgating events then you probably already own a generator. It’s an essential item for providing a portable power source when you are away from home. Depending upon what size you’ve invested in, you might be surprised to find out what other practical uses your generator might have and the kinds of appliances if can physically support.

Many people invest in a generator not because they are the outdoors types but to have as a back-up power source for their domestic appliances. So, we’re going to take a look at what you can run on 2000-watt generator.

Many essential domestic appliances can easily be powered with a 2000-watt generator. Below is a general guide to some of the most popular and their average wattages.

The first thing to point out is that the starting watt of many of the most popular household appliances tends to be higher than their continuous running wattage and that’s important when we are looking at what can be reasonably and efficiently run.

Some appliances have a power surge at startup, then drop down to an average but lower running load whereas others are more consistent. Knowing these factors will help you determine in advance whether 2000 watts is going to be sufficient and what range of appliances or tools you can realistically expect to be able to run simultaneously.

Consider an air compressor for example which is one of the worst offenders when it comes to power fluctuations. While a 1 horsepower compressor required 1500 watts of continuous power, it needs a whopping 3000 watts just to get it started. That means your 2000-watt generator just won’t have the initial oomph to get it fired up in the first place.

So, let’s take a look at some of the combinations of practical domestic appliances you can run concurrently.

The good news is that there are quite a few and they are the kinds of appliances that will make your outdoors adventure more of a home from home experience but will also ensure that if there is a sudden and unexpected outage at home, say due to adverse weather conditions or work being carried out in the area, then you won’t have to discard the entire contents of your freezer.

Talking of which, a 2000-watt generator can power a 500-watt deep freezer as well as supply enough power to also take care of one element of your electric stove. That’s an essential and certainly useful combination right there. Or you could still run that freezer, and instead cook your food with a 650-watt microwave and have a few lights on around your home at the same time.

Personally, one of the things we love most about a power outage is the opportunity to have an impromptu and romantic candlelight dinner for two so that combination puts those plans on ice. It’s unfortunately not such great news for fans of the electric grill. Your typical 8-inch element grill will actually require all 2000 watts of power from your generator for it to work. So, if you are at home, you’re going to be grilling in the dark which might mean you end up with burnt steaks.

However, opt instead to use your slow cooker, which let’s face it is one of the most practical pieces of cookware you have in your kitchen anyway, and you’ll only be using 300 watts of power so can you put the lights on, the television and even the ceiling fan if you’re that way inclined.

How Do You Prioritize?

What happens when your power suddenly does go out? It can certainly be challenging and problematic, quickly getting your appliances back up and running and deciding which are the essential ones you need to bring back to life first. Again, it’s going to come down to the starting surge versus the continuous power requirement. With a 2000-watt generator that has a higher initial surge level, you could probably get up to a 10,000 BTU window air conditioner going in the hot and sticky summer months.

This type of unit needs 2200 watts of starting power but then stabilizes down to 1500.  As soon as it does, you can then safely switch on a couple of lights for example or give your laptop or smartphone a charge at the same time.

If however, your power has gone out due to a snowstorm, then your first priority is going to be getting a heat source up and running to keep your family warm and comfortable. A 2000-watt generator is more than sufficient to handle a 1300-watt radiant heater which you could be running at the same time as a refrigerator.

Speaking of which, one of the most common appliances, either in an RV or at home, that you are likely to always want to be able to power is a refrigerator. Luckily, with a 2000 watt generator, you can indeed run a mid-sized refrigerator as long as its energy star rated and uses no more than 1200 of starting watt power.

After that initial surge, refrigerators drop down significantly to just 200 watts so, at that point, you can then use your microwave, and listen to some tunes on your stereo. It’s all about what appliances you pair together.

By now, you’re hopefully getting the picture. It’s all about what you choose to fire up in which order so that you can safely use the combination of appliances you need to most in an energy efficient and balanced way that won’t cause your generator to fail.

You’ve no chance of ever running a clothes dryer for example (they require a whopping 3500 watts) but as long as you have nothing else on the system other than say a few lights and a TV, you could put your washing machine on in an emergency.

Each appliance you own has its own specific power demand, whether you are using it at home, in your RV or in a remote workplace. So the most important thing is to know what those power levels are and from there you can work out a total combined wattage and switch things back on systematically.